Michelle Bridges guilty of drink-driving - The "powerful" success of Michelle Bridges' weight loss program and a li ...
Seibold to look at Broncos' new NRL spine - Brisbane coach Anthony Seibold will get a good look at his new spine after naming ...
Govt offers $2m for coronavirus research - Australian researchers trying to develop a vaccine for coronavirus can share in a ...
Five virus tests for Aussie ship evacuees - The Australians preparing to be evacuated from a coronavirus-hit cruise ship in Ja ...
Wage thieves could face naming and shaming - Attorney-General Christian Porter has sent a warning to corporate Australia after ...
Singapore Airlines cuts flights over virus - Singapore Airlines Ltd will temporarily cut flights across its global network in t ...
Details emerge from police shooting - More details are surfacing from the fatal shooting of a man by police on Hobart' ...
Japan plans HIV drug trial for coronavirus - Japan plans to trial HIV medications to treat patients infected with coronavirus a ...
Coles $20m underpayment hit mars H1 result - Coles is the latest major retailer to fess up to underpaying staff, with the compa ...
Ridiculous rider antics - Police are hunting a hoon motorcyclist who sped through a fatal crash scene in n ... 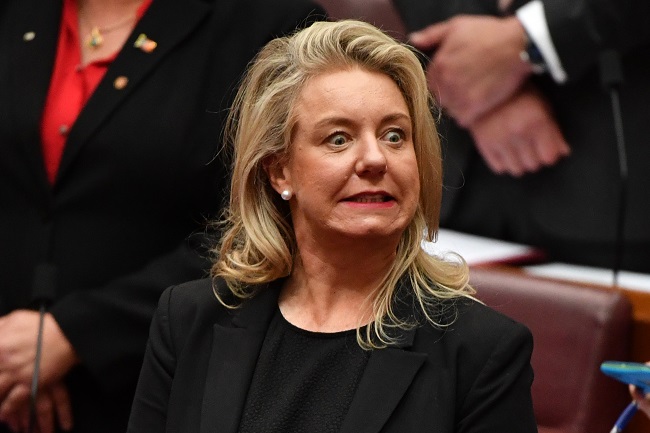 Tasmania has been caught up in the pork barrelling saga which has prompted calls for former Federal Sports Minister Bridget McKenzie to resign.

Tasmania received around $3 million of the funding from the Coalition, with around 75 per cent of the money funnelled to the marginal seats of Bass, Braddon and Lyons.

In contrast, Clark and Franklin received roughly three-quarters of a million dollars.

Bass and Braddon were key in Prime Minister Scott Morrison's shock election win back in May 2019.

Independent Andrew Wilkie says it's a disgrace, but points out both major parties have been at it for years.

"It was obviously very disappointing that the three seats in play got the lion's share of the money while Franklin and Clark missed out. That just shows very clearly that it was a pork barrelling exercise or slush fund to be used by the government," he said.

"The auditor himself has said that it was completely inappropriate. Mind you, I am struck by the hypocracy at some of those criticising the government too, because whoever is in power does this; whether it's Labor or the Coalition. And it points to a complete lack of integrity in the political class and a lack of proper process."

"I'm not calling for Bridget McKenzie to resign, I'm calling for both major parties to lift their game, show some integrity and start respecting proper process. Because until that happens they'll be repeat episodes of this sort of thing."

Labor has referred the matter to the audit committee.

Ms McKenzie is refusing to step aside, maintaining the communities which were given the grants were merely the successful applicants.