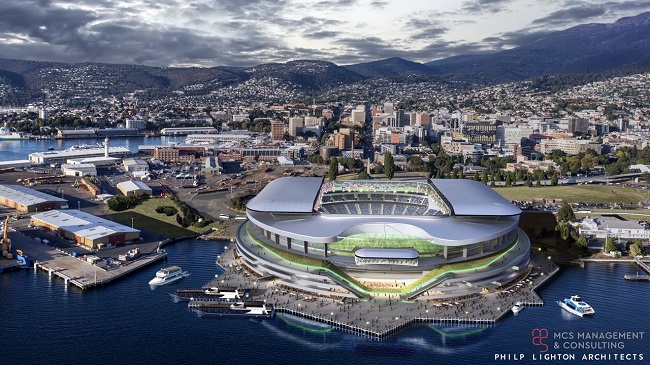 Wrangling around the shape of what is needed to arrive at Tasmania having its own AFL team carries on.

The state government's proposition of $750 million covered stadium at Regatta Point is apparently at odds with the league's preference of MacQuarie Point.

Half of the stadium's cost would be worn by the state government, with federal funding and private investment remaining the unknown quantity.

"The commitment I made was to have a resolution whatever that looks like, there's always lumps and bumps and stuff like that, we're sort of coming to the end of the road, the August deadline is where we have committed and it's broadly going to be on that timeframe, these things aren't easy."

The state government has also promised $10 million for 10 years towards the Tasmanian club's operation plus $50 million for the setup outlay.