African arrivals test positive in Sydney - Scientists are working quickly to establish whether the "concerning" new ...
Balance in new rules for Omicron: minister - Allowing travellers from Japan and South Korea into Australia without needing to q ...
UK announces new measures to slow Omicron - The United Kingdom has announced new measures to try to slow the spread of the new ...
Evacuations ordered in NSW flooding - An evacuation order has been issued to residents of towns along the Hunter River i ...
Australia shuts border to southern Africa - Australia has shut its borders to nine southern African countries and suspended al ...
First Tasmanian charged under Operation Arkstone - The Australian Federal Police have partnered with local detectives to make an ar ...
Ocean wind farms on horizon for Australia - Global investment in offshore wind farms is booming as nations seek to cut their g ...
Aussie vegie production going gangbusters - Australia is rolling in spuds and swimming in carrots.In fact, the nation's potato ...
Covid approach for when border opens - The finer details of Tasmania's Covid rules once the hard border lifts on Decemb ...
Coastal students to study French and Belgian World War One sites - Three North-West students and two Coastal teachers will tour World War One sites ...

Call for more police in Launceston 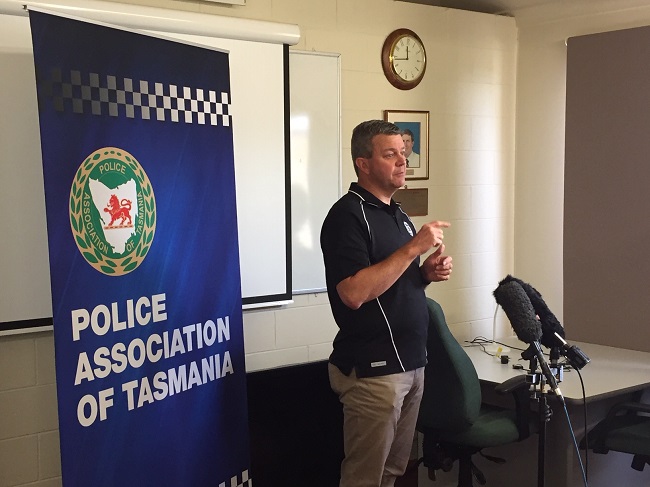 More cops on the street are what's needed to help combat rising crime rates, according to the Police Association of Tasmania.

New data released by the association shows the Launceston division has the highest rate of crime of any police division across the state.

Association president Colin Riley says Launceston has consistently over the last nine years had the highest rate - including robbery, serious crimes, and burglary.

“The Tasmania Police annual report for 2020-21 shows a continuation of this crime pattern," he said.

“This long-term phenomenon reflects the systemic and chronic under-resourcing of police in Launceston.”

Mr Riley said the figures reflect the hard and diligent work of police officers in Launceston despite "arduous" conditions caused by under-resourcing.

“The members in Launceston are regarded as the most resilient and hardworking cohort of Association members Statewide," he said.

Mr Riley says remediation of the issue lies with the department or Tasmania Police, not within the resourcing of the Northern District.

“If the current staffing levels in Launceston continue, the crime issue is bound to continue unhampered," he said.