At least 27 dead in Turkey earthquake - Rescue teams are ploughing through concrete blocs and debris of eight collapsed bu ...
No Queensland virus cases on election day - Queensland has recorded no new COVID-19 cases on state election day and notched 50 ...
One new NSW case as ire over borders grows - The Queensland government's "ridiculous" decision to keep Sydney on the ...
Body found in western Sydney car blaze - A person has burned to death in a car fire in Sydney's west, prompting a public ap ...
NSW learner driver flees police at 130km/h - A NSW learner driver has led police on a late-night high-speed pursuit through the ...
Man sentenced over "reckless" punch - A young footballer has been handed a two year community corrections order for a ...
Panthers club fined for COVID breaches - The Penrith Panthers have lost big two weekends in a row, with its leagues club co ...
WA borders to reopen to rest of Australia - Western Australia will finally reopen its borders to all states and territories fr ...
Rock thrown at bus - Police are investigating after a rock was thrown through the window of a bus eas ...
VAD debate drags on - A final Legislative Council vote has been postponed on the latest bid to allow t ... 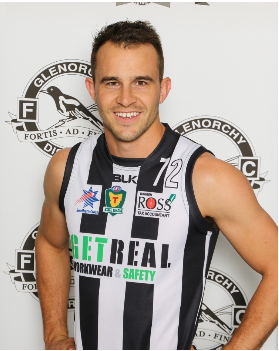 The most decorated footballer in modern Tasmanian State League history has announced his retirement.

Amassing 243 games for Glenorchy, Bowden is the only Pie to kick over 500 goals (547) - aside from legend Peter Hudson.

First bounce for North Hobart verses Glenorchy on Sunday is at 2pm.

In timely news for those seeking to farewell the competition great, up to 1000 fans will be allowed into the ground as per the state government's easing of coronavirus restrictions.