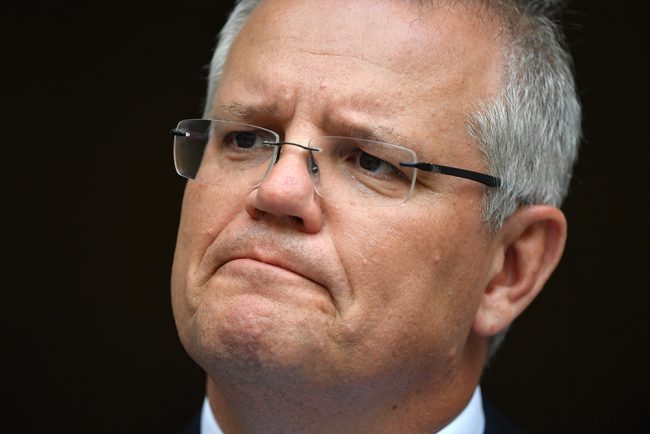 Scott Morrison's top adviser and a host of senior bureaucrats are set to be quizzed over their handling of the coronavirus pandemic.

Department of the Prime Minister and Cabinet secretary Philip Gaetjens will appear at the hearing of the Senate select committee on COVID-19 in Canberra on Wednesday.

The government has appointed associate professor Ruth Vine as the country's first deputy chief medical officer for mental health to help with the crisis.

Health Minister Greg Hunt will make a statement on mental health to parliament on Wednesday, saying the government is taking the issue incredibly seriously after academic research flagged a potential rise in suicides.

"We're trying to get ahead of the curve with mental health in just the same way we have done with the virus," he told the ABC.

"One of the things we are aware of is that whilst we're practising physical distancing we should also be engaging in the social contact over the phone, in whatever way we can, to tell people that we're there, we understand.

"They may be isolated but they're not alone."

Treasurer Josh Frydenberg has been cleared of having coronavirus, after being tested because he coughed his way through a speech updating the nation on the economy.

Treasury forecasts a $50 billion hit to the economy in the June quarter, as household spending and investment is expected to remain soft.

The jobless rate is also expected to rise to 10 per cent, from a low of 5.1 per cent in February.

On Tuesday NSW recorded its first day with no new COVID-19 case and states start to ease restrictions on business and community life.

Australia has recorded 6966 cases, with 6229 recovered and 97 deaths, according to data released on Tuesday night.

Federal parliament is continuing to debate privacy protections around one of the key pillars in the recovery: the COVIDSafe app which has been downloaded by 5.6 million Australians.

The draft laws passed the lower house on Tuesday night and head to the Senate on Wednesday.

Political debate continues around whether the $1500 a fortnight wage subsidy program JobKeeper should be extended to migrants and casuals, or cut off before its expected end date of September.