Fate of Virgin Aust still up in the air 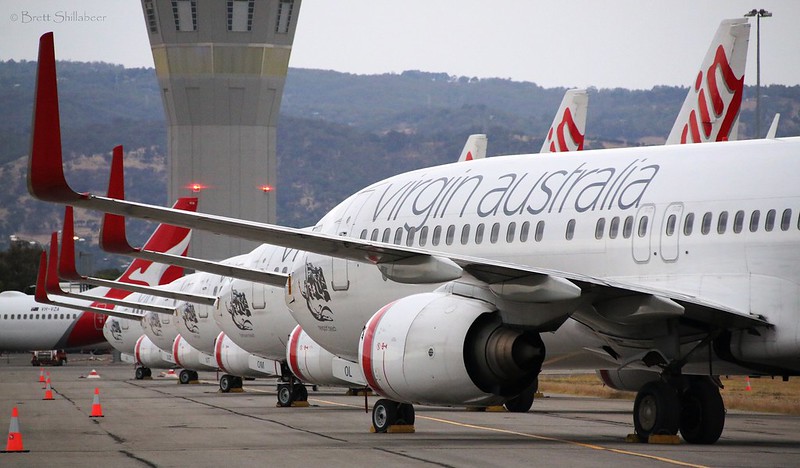 The NSW government is in talks with Virgin Australia about giving the cash-strapped airline a possible financial lifeline, but only if it moves its national headquarters from Brisbane to Sydney.

Virgin is carrying about $5 billion in debt and its domestic and international business has been hit due to the impact of the coronavirus.

The carrier has been seeking federal help to keep it running but the Morrison government has rejected its request for $1.4 billion.

The Queensland government has announced it had offered $200 million to help rescue Virgin, so long as it maintains its Brisbane HQ.

Now NSW has stepped in, with Treasurer Dominic Perrottet telling Sky News on Sunday night it was considering offering support and pointing to the new aerotropolis being built at Badgerys Creek in western Sydney.

Sky News host Sharri Markson has revealed NSW Treasurer Dominic Perrottet is in negotiations with Virgin Australia regarding “financial support” but the airline would “have to have the HQ of both Virgin and Tiger at the Western Sydney Airport site”.https://t.co/kZALbUXviX

"Virgin should have their headquarters for both Virgin and Tiger in Sydney," Mr Perrottet said. Tiger Air is owned by Virgin Australia.

"I'm always open for businesses right across the country to relocate to New South Wales and create jobs here in our state, particularly when you look at the aerotroplis in western Sydney.

"It provides a significant opportunity for Virgin and other airlines to relocate to our state."